What is the essence of virtual reality?

Computer Weekly claims that virtual reality is being created comprehensively. The four pillars on which the virtual rests are:

Thus, it's a technology for digital design, simulation, and integration. Thanks to it, the user can interact with the interface due to stimulation.

What's going on in the sector of virtual reality?

This industry is developing hugely. Thus, if in 2016 the worth of the VR market was $ 3.6 billion, then by 2020, the expected value will reach almost $ 23 billion! And this means that the VR industry brings new dominant trends for all sectors: gambling, training, and manufacturing. Today, digital experts name five main trends that are relevant today.

AI can not just reproduce, but also analyze and select parameters for Virtual and Augmented Reality. And this will qualitatively affect VR technology. Improvement of technology will be manifested in such moments as:

For example, look at MMORPG games. Computer-controlled players analyze the gamer’s tactics, making the game more involved. Or a histological Google microscope with machine learning. It can help a specialist identify pathological tissue with indications of a tumor.

This trend will be very beneficial for manufacturing, especially for the elaboration of a security protocol. AI will generate what-if scenarios, to train staff and adapt employees to the workflow.

Virtual reality solved another severe problem. Now, thanks to this technology, people can learn and improve necessary professions without risk. Now, with the help of VR technology, the training of specialists such as:

It's interesting that, recently, the US Army began to implement HoloLens with the support of Microsoft. This approach is aimed at advanced training of soldiers. In particular, this concerns the display of fighter's data in real-time: heartbeat, breathing, and other bio-indicators.

Representatives of dangerous professions are increasingly investing in VR technology for training because this will save money and reduce production risks.

Trend 3: The combination of mobility and graphics

Previously, we were limited to a tough choice: either powerful graphics and excellent immersion, but attachment to a bulky computer. Either the possibility of mobility, but the user gets significantly worse graphics.

Now the market for VR technologies has expanded its capabilities: technological solutions are offered both among such giants as Vive and Oculus, as well as among young startups. The new trend presents such opportunities as:

This will help the user interact more naturally with virtual objects and more likely to respond to the script.

The giants of social networks also could not ignore VR technology. Facebook's purchase of Oculus in 2016, followed by the advent of Facebook VR Spaces, which was created for virtual meetings and conferences. One of the mastodons of digital technology, like Tencent, also did not lag and announce the creation of WeChat instant messenger with VR.

For workflows, this is an excellent solution: it becomes possible to create realistic online conferences, communicate with employees without time spending. No less useful in this regard will be augmented reality. For instance, Spatial has already given conference tools where virtual charts and boards will be displayed. Now the company wants to add these capabilities as part of augmented reality.

Who can surprise electric cars now, right? But voice assistants in cars is not such a common phenomenon. This year, two companies proposed such a solution for motorists: Siri and Alexa.

At the same time, Nvidia's Driver advanced in visual functionality. Thanks to machine learning, the program scans the room using a camera and then overlays the graphics on these images. So, the driver will be able to see potentially dangerous marks, waypoints, etc. Such technology as Tesla, Toyota, or Volvo has already become interested in this technology.

Alibaba's WayRay technology involves displaying augmented reality directly on the bean glass. A technological solution will provide the driver with information about the route with tips and data and permission to travel in a particular area.

According to forecasts, this technology will reduce the level of danger on the road and help to monitor the way better.

What are the prospects for manufacturing with VR technology?

Virtual reality didn’t always give hope for prospects. Initially, this was considered an impractical innovation, and the use of this was not profitable due to expensive and bulky equipment.

Technology, as such, is becoming more mobile and functional. No longer need any huge cars, because besides, it is becoming cheaper. Moreover, the interface of such a technique is supplemented by many useful tools:

This helps save money on all processes of the enterprise: from design to project implementation.

Now almost no successful process is complete without a detailed analysis. Virtual technology will allow you to consider the possibilities of a project from all sides: what happens if you change any process, what is the current state of the project, and so on.

It is assumed that virtual reality will provide an opportunity to control all production processes better. For example, QA applications can recreate all stages of product creation. Thus, quality checks will become more comprehensive, taking into account all risk factors.

Sometimes an enterprise requires fresh ideas. But testing the feasibility of a new solution is not so cheap. Virtual helps to solve this problem. With the help of mixed reality, we can see the development of the scenario after the proposed decision is made.

Virtual reality is being introduced into almost all areas of production: technology, medicine, science ... the agricultural sector. You may have heard about how farmers from the Moscow region gave cows virtual-reality headsets. The goal of this decision is to make cows happier by creating a pleasant and calm atmosphere for them, showing them beautiful summer fields and green grass. The experiment showed that the animals became more relaxed, which should have a positive effect on the milk yield of the "horned workers." So, there's no need to change the weather, and the cows are happy at the same time.

Virtual reality is one of the most exciting technologies that used to be a mysterious phenomenon in science fiction. Even with the advent of this technology, they undertook to evaluate and recognize the benefits of virtual not immediately.

Now it is one of the most promising sectors of digital technology, which increases the profitability of companies many times a year. This year, the most popular trends in virtual and augmented realities are:

All these trends are also positively reflected in the productivity of enterprises and manufacturers. Virtual opens many doors: you can train personnel without risks for them, visualize project work and planning, control the quality and risks of production. These technologies are used in practicing for doctors, training the military, improving road safety, helping drivers, even creating a “pleasant atmosphere” for cows on farms.

And if the expected revenue from VR technology will be increased to $ 23 billion by 2020, we can only guess what new trends will change the activities of manufacturers in the future. After all, technology is neither good nor bad. It’s just what needs to develop, making life better. 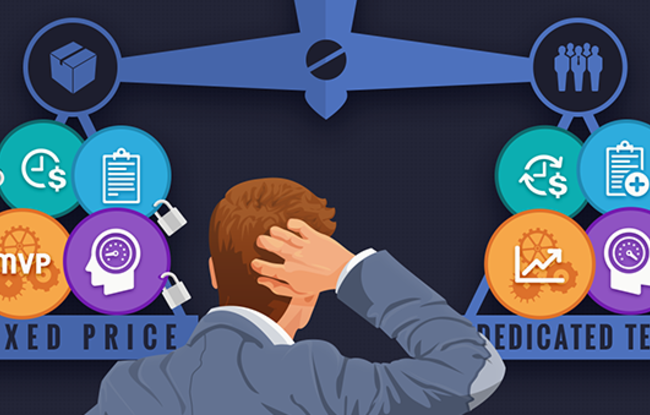 Fixed Price or Dedicated Team: What To Choose? 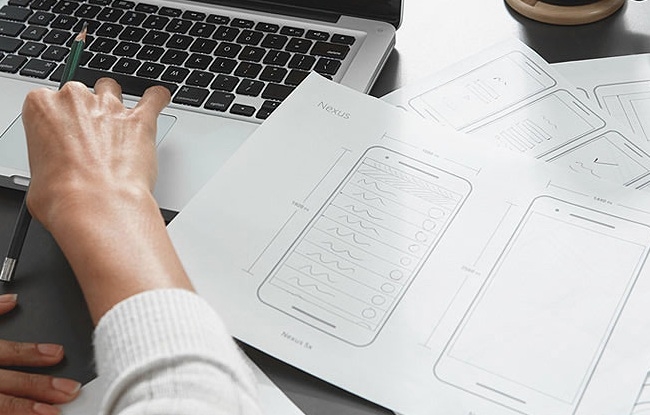